The Evolution of the Digital Mixer.

The small-format mixer with one-to-one control. 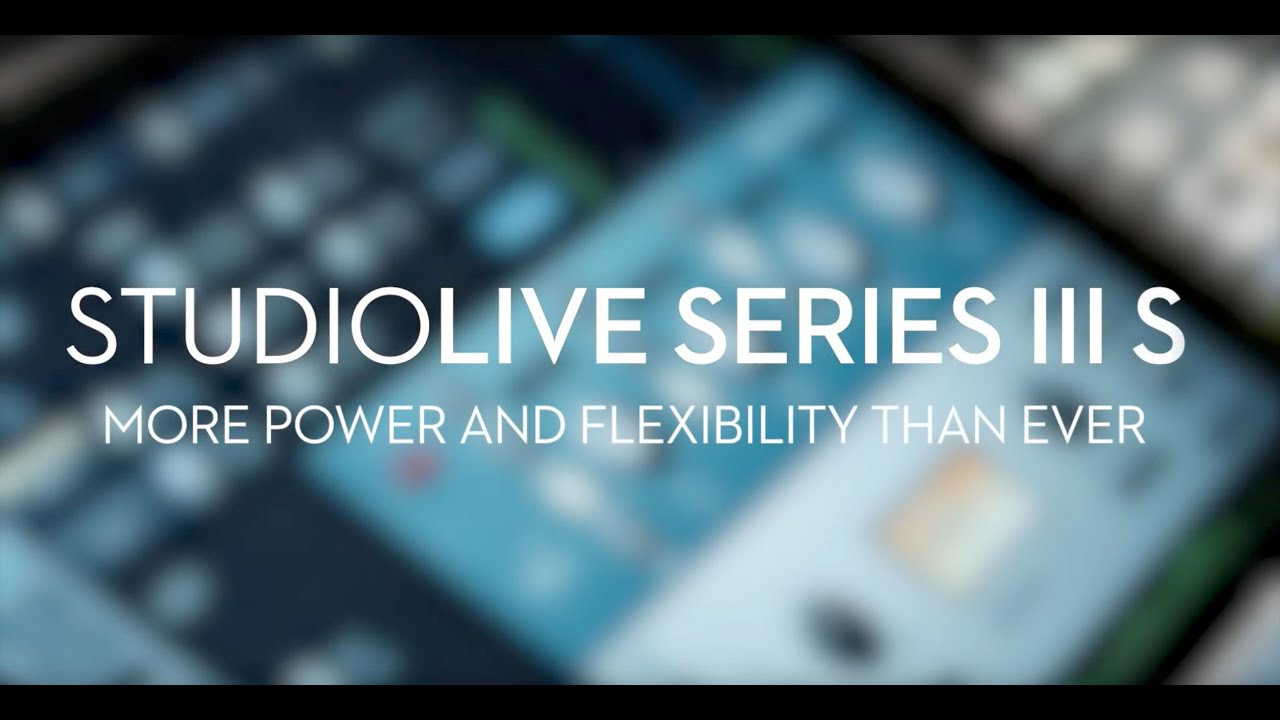 The best digital mixer for recording – with or without a computer.

PreSonus Capture® recording software is an intuitive multitrack recording application with a fully integrated Virtual Soundcheck mode that runs directly on your StudioLive 32S digital mixer or on your computer running macOS® or Windows®. Record any combination of channels, FlexMixes, and the Main stereo mix via USB, to an SD Card, or both for the ultimate redundant live recording rig. StudioLive mix scenes can be stored with your recordings to speed up virtual soundchecks. Best of all, Capture sessions open natively in Studio One® with the entire StudioLive mix scene re-created in the Studio One console, complete with fader levels, Fat Channel settings, mutes, solos, and more. No other multitrack software makes recording as fast, simple, and hassle-free so you can focus on mixing the show. 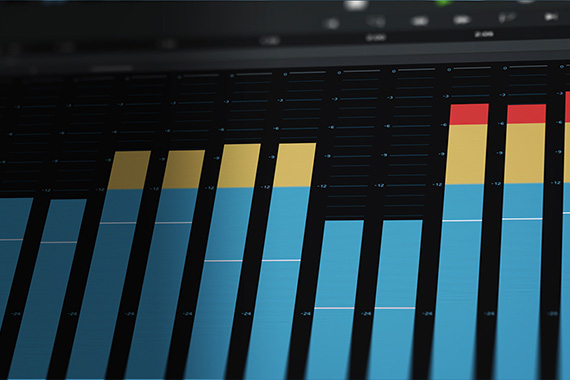 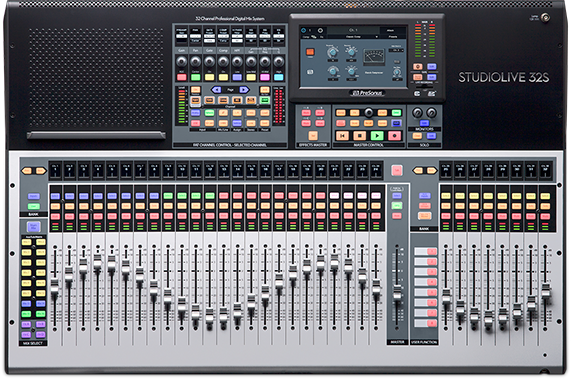 We built our reputation designing great-sounding analog circuits for critical studio recording environments, and we put all of that experience into designing the StudioLive 32S digital mixer. In 1995, PreSonus patented digital control over analog circuits with our first studio product. Building on this legacy, we created a separate digital volume-control circuit ahead of our lauded analog XMAX mic preamp design, providing the convenience of digital recall without sacrificing fidelity. This allows the StudioLive 32S mic preamps to be remote-controlled with UC Surface software or Studio One, and when you load a StudioLive 32S mixer scene, the mic preamp trim values can also be recalled along with the other settings.

The dynamic Fat Channel on the StudioLive 32S digital mixer puts critical EQ and Dynamics functions beneath your fingertips while giving you fast access to every parameter. Fat Channel plug-ins can be inserted on every input channel and output bus. You can enjoy extensive, studio-style processing whether recording in the studio or running shows on the road. 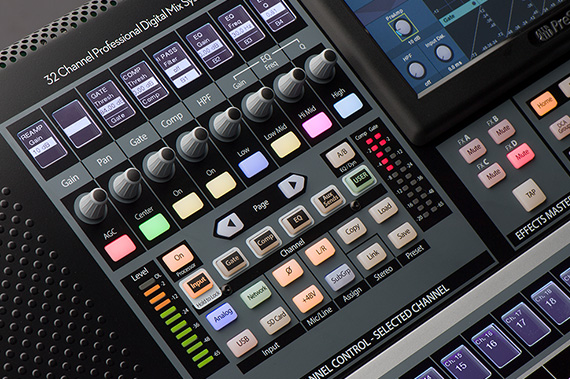 PreSonus designed the StudioLive 32S digital mixer to adapt with your changing needs, whether you’re mixing in the studio or on a busy festival stage. The 16 FlexMixes on the StudioLive 32S digital mixer can be individually configured to function as an aux bus, a subgroup, or a matrix mix. Four designated effects buses provide a total of 24 mix buses plus an independent solo bus and the main mix. We also provided 24 DCAs so you can more easily and flexibly control groups of channels. No other digital mixer provides this much flexibility.

Reconfigure your mix without unplugging a cable.

StudioLive Series III digital mixers incorporate the concept of an analog patchbay and digitize it. This lets you customize your mix configuration by patching any analog input or digital return (AVB, USB, or SD Card) to any channel you like. This flexible feature also allows you to freely route audio to your AVB network and record any of the inputs and FlexMixes on the 64 USB sends. Digital Patching also makes it easy to quickly route to and source from your AVB audio network when using the StudioLive 32S as part of a complete networked audio system. And with a fader for all 32 channels, plus 8 additional faders to manage your bus outputs, you always have total control of your entire mix. 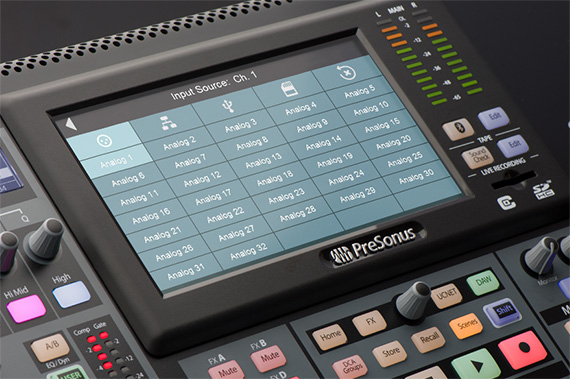 PreSonus Studio One® Artist DAW is included with the StudioLive 32S. Studio One seamlessly combines the time-tested and proven recording studio model with today’s beat- and loop-oriented production process so you can spend your precious time creating music instead of wondering what to click next.

Learn more about Studio One Artist.

Remote control your digital mixer from anywhere… on any device.

PreSonus StudioLive Series III digital mixers are tightly integrated with an entire suite of state-of-the-art software. Mix wirelessly using UC Surface touch-control software for macOS®, Windows, iPad® and Android™. Control your monitor mixes with QMix®-UC for iPhone®, iPod® touch, and Android devices. Whether you’re adjusting monitor mixes on stage, moving around the room to dial in your mix, or using your mobile device as a second screen for your StudioLive 32S digital mixer, remote controlling your mix from anywhere just got easier.

The StudioLive 32S is the flexible cornerstone for a custom AVB network that is easily expanded and quickly configured. Designed to complement each other, StudioLive Series III networked products form an ecosystem that is at the forefront of AVB networking technology. Route audio to EarMix 16M personal monitor mixers. Connect NSB-series stage boxes and StudioLive Series III rack mixers to add remote inputs and outputs. With powerful plug-in processing, a fader for every channel, and integrated networking onboard, the StudioLive 32S delivers an unmatched mixing experience that combines digital power with analog ease of use. 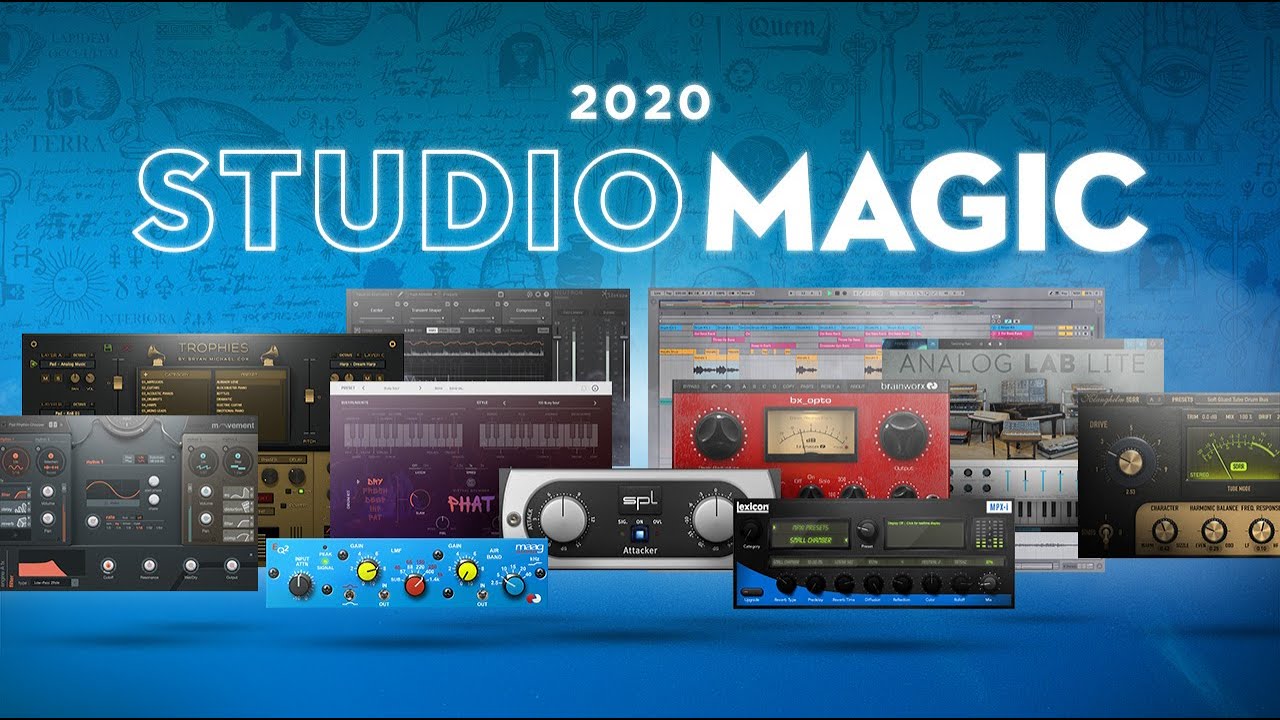 As a control surface for Studio One the StudioLive Series III is solid as a rock.

Below are the minimum computer-system requirements for UC Surface, QMix-UC, and Studio One®.

Note: The minimum system requirements may differ for DAWs other than Studio One. Please check the requirements for your DAW of choice with its manufacturer.

Note that the speed of your processor, amount of RAM and size and speed of your hard drive will greatly affect the overall performance of your recording system. Also, a more powerful system (faster processor with more RAM) will allow for lower latency (signal delay) than you might experience while monitoring audio signals.

VST is a registered trademark of Steinberg Media Technologies GmbH

ASIO is a trademark and software of Steinberg Media Technologies GmbH

As a commitment to constant improvement, PreSonus® Audio Electronics, Inc., reserves the right to change any specification stated herein, at any time, without notification.

To learn how to update your firmware please follow these instructions.

Using Your StudioLive Mixer as an Audio Interface with Universal Control

Enjoying this? Please spread the word :)

Welcome to Jubal Store. We are glad you are here! It will be a great experience doing business with you. Thanks. Dismiss